Tashawna was born in Detroit, MI. She attended

Detroit Public Schools from k-12. She went on to obtain 3 Associates degrees from Wayne County County College  ( Associates in Science , Associate of Arts, and Associate of Pre-Engineering). Tashawna went on to receive a Bachelor's in Psychology and Political Science and Master In Education from the University of Michigan. .

Tashawna first got introduced to the world of politics in 2013. She worked alongside the Phenomenal Honorable Alma Stallworth on Mayor Mike Duggan's Mayoral campaign .This is where she learned the true art of organizing.  In 2014 she helped to produce the youngest city councilman in the United States ( Councilman Jewell Jones-Inkster Mi). She later went on to help Councilman Jones become the youngest State legislature in the United States. In 2016 Tashawna joined the Hillary Clinton Campaign in Michigan. Tashawna became the number one organizer in the state, helping to flip seats from red to blue. In 2017 she felt it was necessary to focus her attention on the Detroit city clerk's race. Tashawna was an organizer and support system for The Garlin Gilchrist City Clerks Campaign.  She brought precinct delegates and the grassroots community to the table.  But her huge task was just to come. Tashawna in October of  2017,  became a Regional Political & Field Director for The Gretchen Whitmer for Governor Campaign. Tashawna Gill is currently serving as The Political Director for Governors Whitmer's .

Tashawna entered the Michigan political landscape in 2013. In that time she has gone on to create many powerful organizations that help to change the scope of elections. Women for Michigan United, United Precinct Delegates, The Grassroots Caucus, The New Black Progressives, Take Back MI 2020 and The African American Crisis Coalition. She is also the Executive Director of The African American Leadership Institute.  All organizations aim to do one thing: Empower the people. Her belief is that everyone has a talent. She strongly believes that the job of a good leader is to find that talent and nurture it. 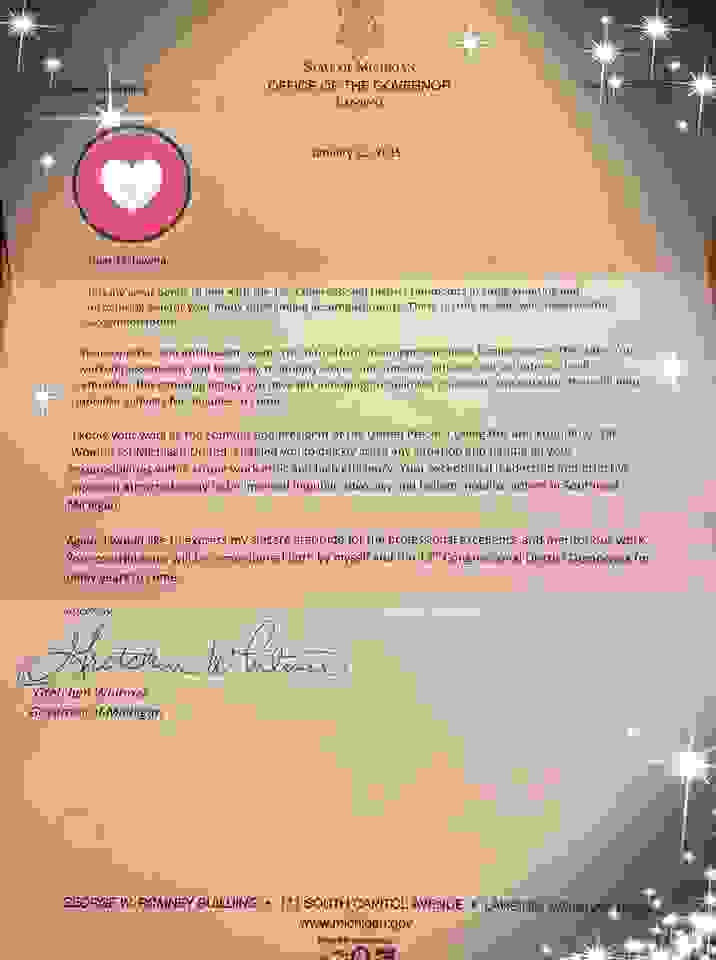 Precinct Delegates and grassroots organizer, in 2018, from around the state all worked overtime to make sure the job got done.